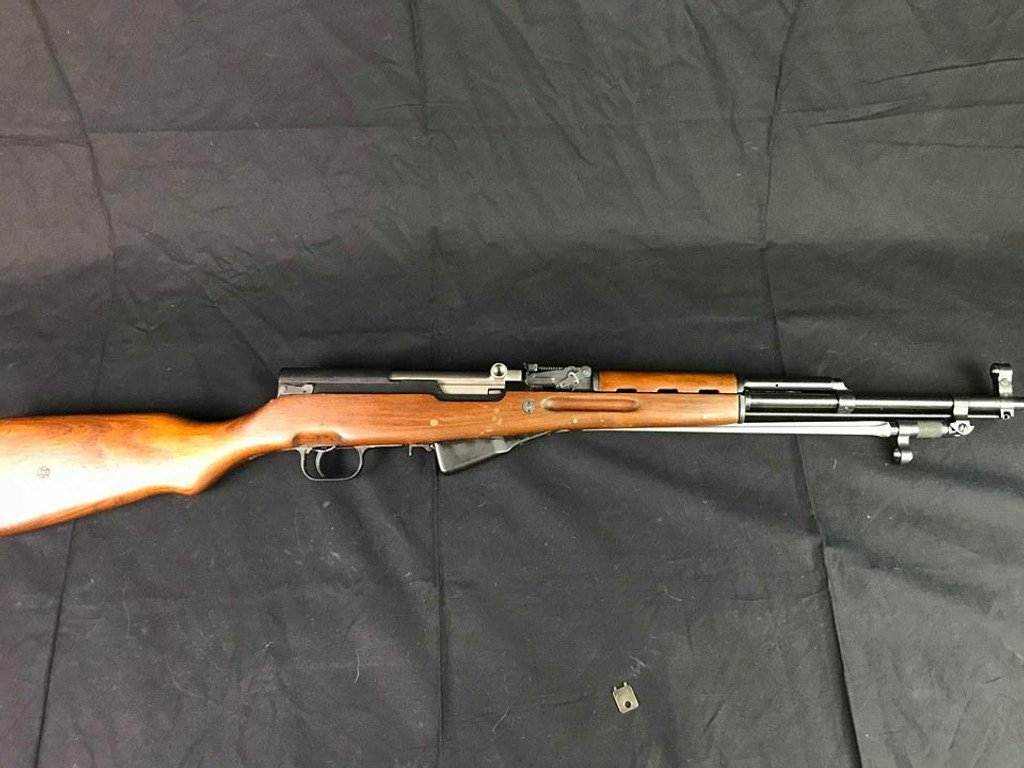 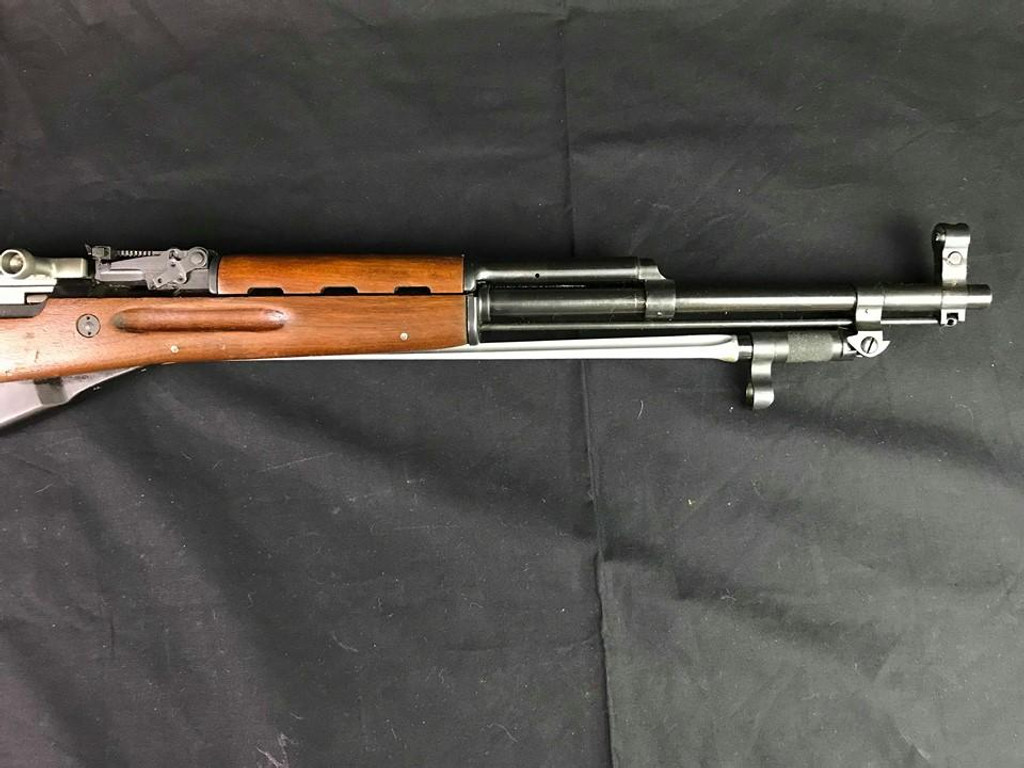 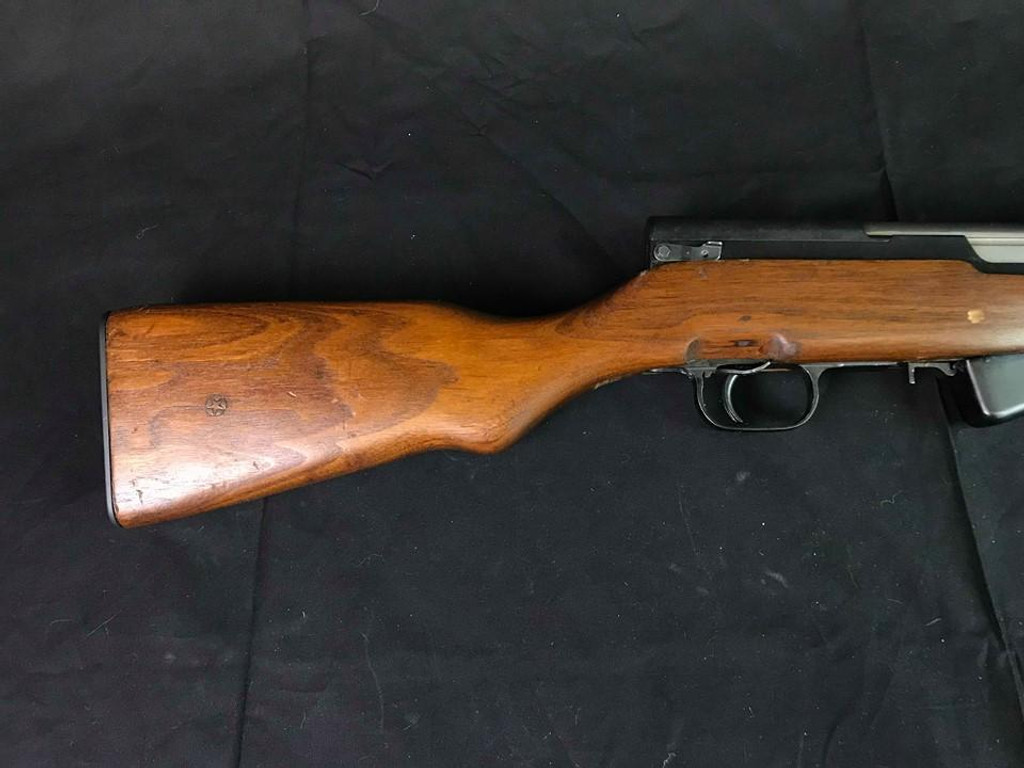 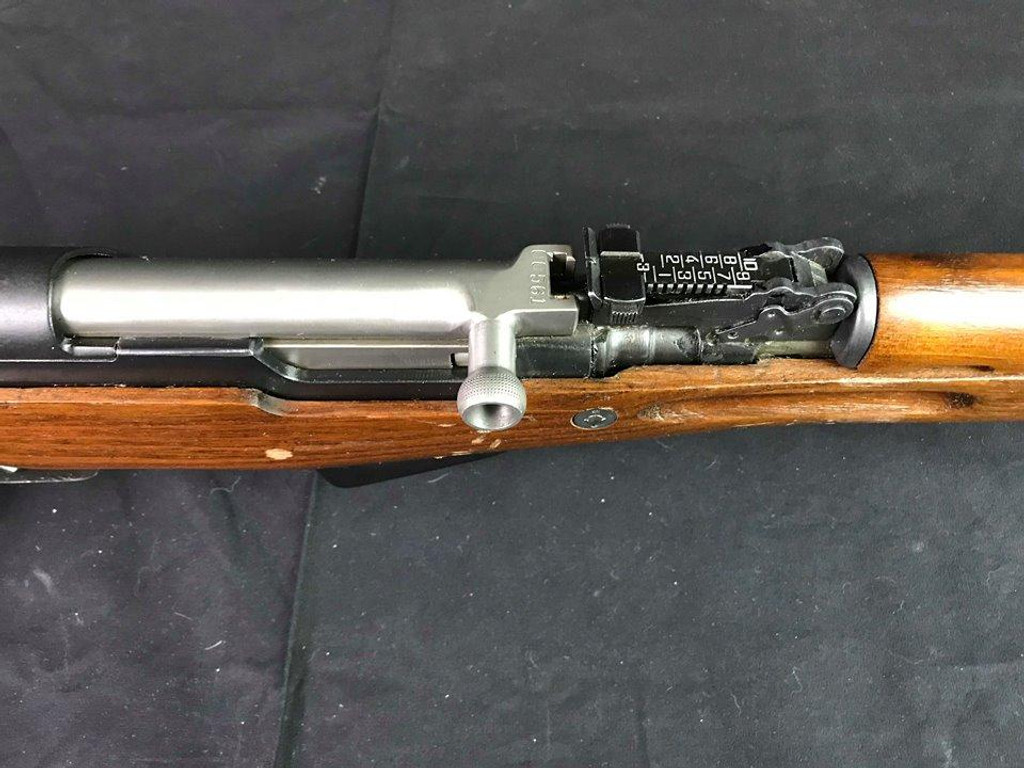 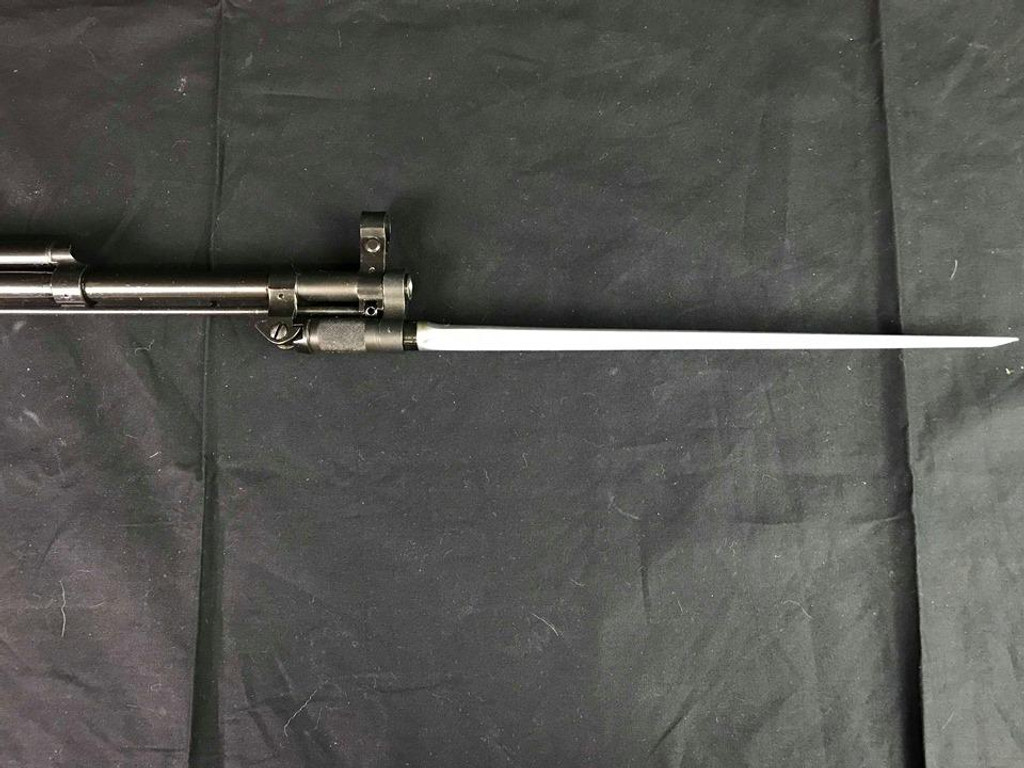 ”The SKS is a Soviet semi-automatic carbinechambered for the 7.62×39mm round, designed in 1943 by Sergei Gavrilovich Simonov. Its complete designation, SKS-45, is an initialism for Samozaryadny Karabin sistemy Simonova, 1945(Russian: ???????????? ??????? ??????? ????????, 1945; Self-loading Carbine of (the) Simonov system, 1945). The SKS-45 was manufactured at Tula Arsenal from 1949 to 1958 and at Izhevsk Arsenal in just 1953 and 1954, resulting in a total Soviet production of about 2.7 million carbines. In the early 1950s, the Soviets took the SKS carbine out of front-line service and replaced it with the AK-47; however, the SKS remained in second-line service for decades. It is still used as a ceremonial firearm today. The SKS was widely exported, and was also licensed for production by then Eastern Bloc nations, Romania and East Germany, as well as China, where it was designated the "Type 56 Carbine". The East German version was known as the Karabiner S, the Albanian as the Model 561 and North Korean as the "Type 63". The SKS is popular on the civilian surplus market as a hunting and marksmanship semi-automatic rifle in many countries, including the United States, Canada, and New Zealand. Its age and numbers make it relatively inexpensive to purchase, and steel cased 7.62×39mm ammunition is one of the least expensive center fire cartridges currently on the market. The SKS was the second firearm to be chambered for the 7.62×39mm M43 round, with the first being the RPD.

Be the first to review this product.

$39.99 - $59.99
Protect your firearms parts with our high-end PVD coatings. Physical Vapour Disposition coatings are ultra-thin (between 1-4microns Approx.) and have hardnesses far greater than any other firearms...
View Product
Norinco

$999.99
The Type 81 is a gas operated, magazine fed, semi-auto rifle. It uses a short-stroke gas piston, located above the barrel, and a two-position gas regulator. The bolt group (of the rotating bolt type)...
View Product
CDNgunworx