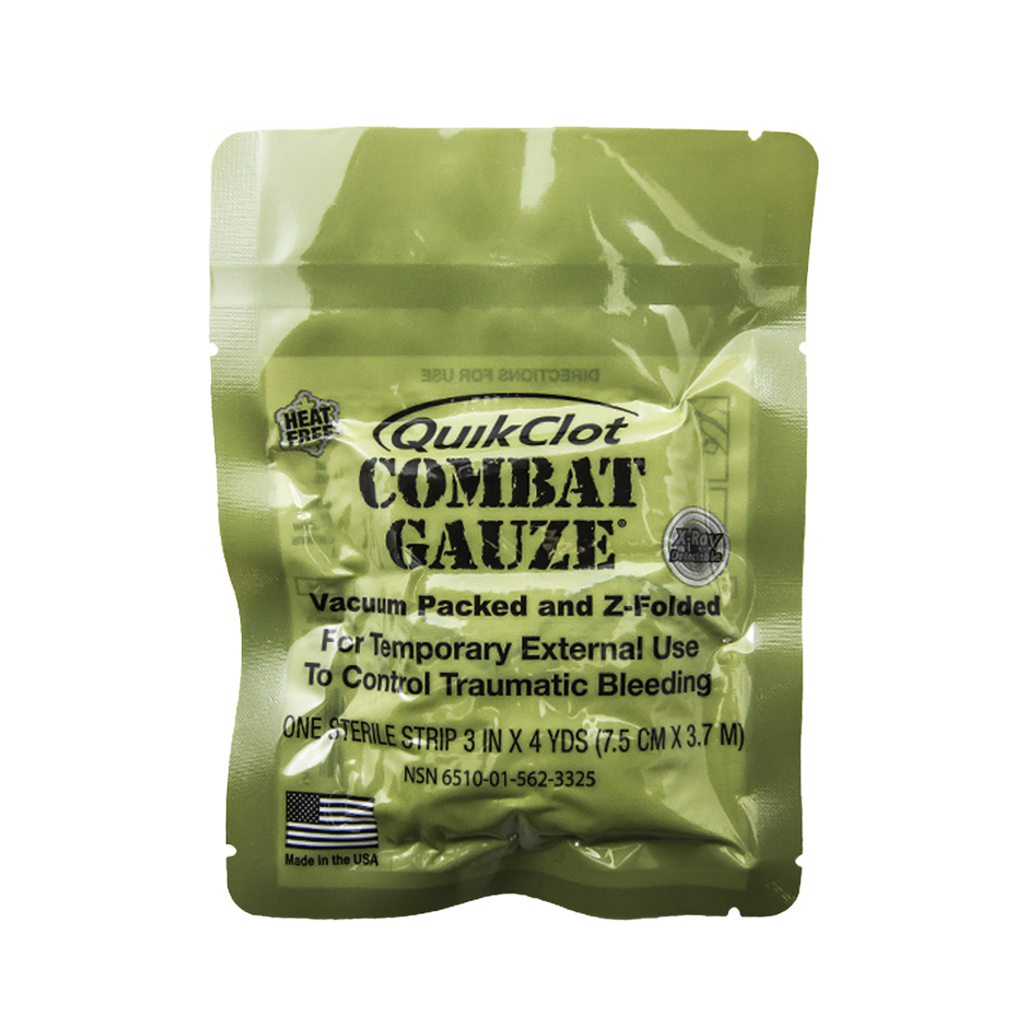 The X-ray detectable strip that is incorporated in the QuikClot® Combat Gauze™ Z-Fold ensures that the gauze will be found if the patient is taken to the operating room. Each QuikClot® Combat Gauze™ is individually packaged in a vacuum sealed military grade foil pouch and is indicated for the temporary external control of traumatic bleeding. Like all of QuikClot® gauze products, it is flexible and pliable and contours to all wounds. Recommended as the number one hemostatic agent by the CoTCCC (Committee on Tactical Combat Casualty Care), QuikClot® Combat Gauze™ Z-Fold is the only product carried by all branches of the US military to control life-threatening hemorrhage.

Be the first to review this product.

$72.99
Description: The Redback One Combat Sling was designed and developed by Instructor Jason Falla of Redback One, it's protected by U.S. Patent Number 9,410,766. “Our Combat Sling is a minimalist two...
View Product
CDNgunworx

$70.00
Official jersey of the Gunworx shooting team Sponsored by Kryptek Ourdoor Group Shirts fit one size larger than normal, so order small! This product is for Gunworx Team Members only. Any other...
View Product
Crye Precision

$339.99
We do not retail Crye Precision. This product listing is for internal supply only.
View Product